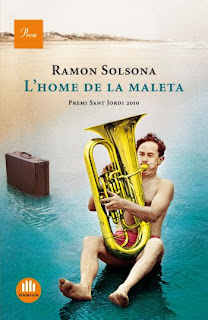 "...you will never forget these words, which were the last words spoken to one of your friends by his dying father: 'Just remember, Charlie,' he said, 'never pass up an opportunity to piss.'" (pàg. 17) 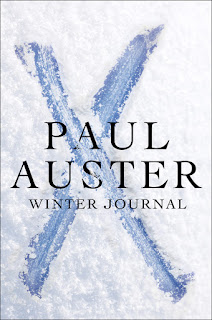 "... and walking down the middle of the carless streets, the men, and endless procession of silent men examining the possibilities on the sidewalks with furtive glances or bold stares, all kinds of women prepared to hire themselves out to all kinds of men, from lonely Arabs to middle-aged johns in suits, the throngs of womanless immigrants and frustrated students and bored husbands, and once you joined those processions, you suddenly felt that you were no longer part of the waking world, that you have slipped into an erotic dream that was at once thrilling and destabilizing, for the thought that you could go to bed with any one of those women merely by offering her a hundred francs (twenty dollars) made you dizzy, physically dizzy, and as you prowled the narrow streets looking for a companion to satisfy the need that had driven you out of your room into this labyrinth of flesh, you found yourself looking at faces rather than bodies, or faces first and bodies second, searching for a pretty face, the face of a human being whose eyes had not gone dead, someone whose spirit had not yet entirely drowned in the anonymity and artificiality of whoredom" (pàg. 52)

"Your insides seem to empty out as you take the news. Yo feel dazed and hollow, unable to think, and even if this is the last thing you were expecting to happen now, you are not surprised by what Debbie is telling you, not stunned, not shocked, not even upset. What is wrong with you? you ask yourself. Your mother has just died, and you've turned into a block of wood." (pàg. 119)

"...you are reminded of a story someone once told you about James Joyce, Joyce in Paris in the 1920s, standing around at a party eighty-five years ago when a woman walked up to him and asked if she could shake the hand that wrote Ulysses.  Instead of offering her his right hand, Joyce lifted it in the air, studied it for a few moments, and said: “Let me remind you, madam, that this hand has done many other things as well.”  No details given, but what a delicious piece of smut and innuendo, all the more effective because he left everything to the woman’s imagination" (pàg. 165)
at 8:21 Cap comentari: